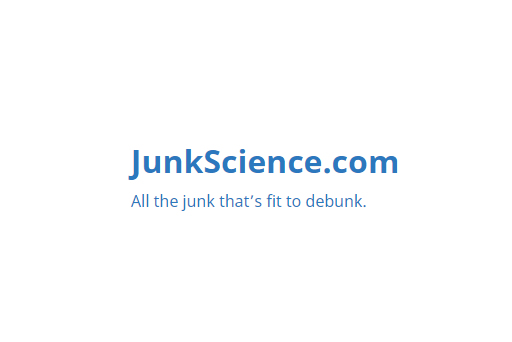 JunkScience.com is about "All The Junk that's Fit To Debunk".

Since April 1, 1996, JunkScience.com has had a discernible impact in the fight against junk science and garnered numerous awards, including being named:

We may earn a commission for purchases made through our links.